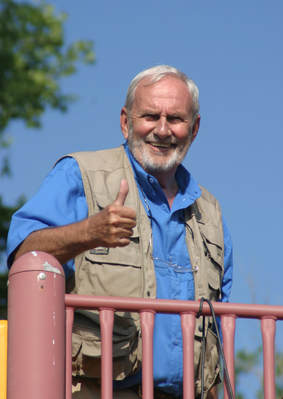 The idea for the Coal River Group originated when two men decided to go fishing. The weekend fishing trip turned into a mission to float the entire 92 miles of the Big, Little, and main Coal Rivers. Starting in 2002, the pair paddled and fished every inch of the rivers.
While they started with the simple intention to fish and explore their home waterways, they quickly discovered the rivers needed help. Though they passed through areas of beautiful canyons and forests, the pair found stretches of dead water along the Little Coal where sediment had been deposited over many years. Open sewer lines from homes lacking adequate septic systems were found on all three rivers, along with vast accumulations of trash and thousands of tires.

Currey and Queen decided to take action to improve the rivers they had paddled since boyhood. Combining their years of business experience with their love of the outdoors, the two joined with local friends in 2004 and formed the Coal River Group.
From the start, the Group took a holistic approach in preserving the Coal River watershed.

While the first and foremost goal of the Group is to protect local water quality, the founders recognized that the best way to build awareness in the community is to get people out fishing, paddling, and recreating on the rivers. As a result, providing recreational opportunities throughout the watershed became a major focus of the Coal River Group in order to increase stewardship within the community. Likewise, preserving the history of the Coal Rivers builds a sense of place and appreciation for the rivers and became another key area of the CRG's mission.
​
In the years since its inception, the Coal River Group has blossomed into one of West Virginia's most prominent watershed organizations. The state of West Virginia recognized the achievements of the Group by awarding it the West Virginia Watershed of the Year in 2009 and again in 2011.
Clean-Ups 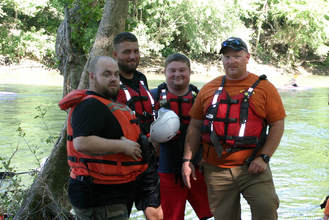 The Coal River Group holds river and creek cleanups across the watershed throughout the year.

Our biggest and most successful cleanups take place yearly in Boone County. The Big Coal River Branch hosts two annual clean ups at Lick Creek and White Oak, near Ashford, that routinely bring over 100 volunteers from the local community. Organized by Teresa Perdue, the events end with a community picnic, complete with kids events and door prizes.

The CRG has embarked on a quest to remove tires from the Coal Rivers! The slideshow above shows the CRG's first ever tire cleanup, which took place on June 23, 2012 in Ashford on the Big Coal. In a few hours of work, the volunteer crew removed 586 tires from 1.5 miles of river. That totals almost 18,000 lbs of tires!

This October, the CRG hosted an AmeriCorps NCCC team for one week at the CRG River Center. The 9-member crew completed the huge Valley of 1,000 Tires cleanup. The WVDEP and West Virginia REAP Program helped the crew remove over 1,100 tires from the river!

Join our exciting team through an internship or help by volunteering!